Many NonStop users are seeing a move to Kafka within their enterprise.  Kafka provides support for high performance “streams” and can give a complete view of an enterprise’s activity quickly and easily. According to the Kafka Apache project, Kafka is “the most popular open-source stream-processing software for collecting, processing, storing and analysing data at scale.”  Kafka is used by thousands of companies, including 60% of the Fortune 100.

These organizations use Kafka to manage “streams” of data, which have become prevalent as internet usage massively boosts the amount of data being generated and needing to be processed.  Kafka allows these huge volumes of data to be processed in real-time, via a combination of “producers” and “consumers”, which work with a Kafka “cluster” – the main data repository. 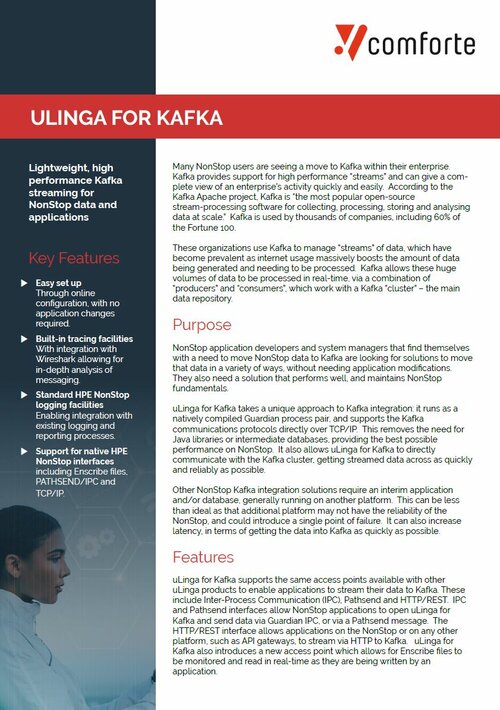