Companies, which perform any type of software development typically have programming source code to manage, as well as a history of versions to maintain. Larger enterprises may have hundreds, or even thousands of code and versions to keep track of. Development teams and managers use software control management (SCM) tools and version control systems (VCS) to centralize and simplify this hugely important task.

Git is the most widely used distributed version control system by developers today, and NSGit extends the Git capabilities specifically for HPE NonStop systems beyond OSS, to GUARDIAN, where most core applications exist. Development teams can now include both OSS and GUARDIAN for HPE NonStop systems into the full Git eco-system without the need to use or learn a new set of SCM or VCS tools. 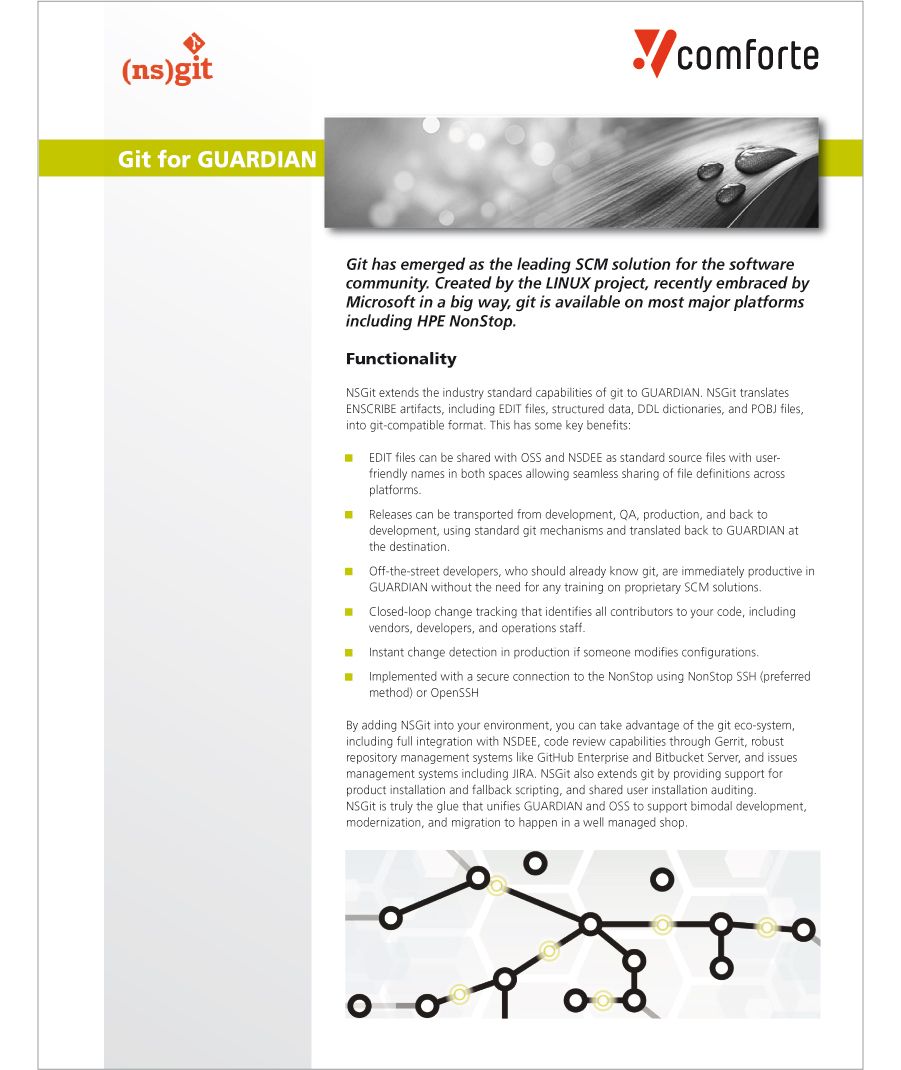